Your Brain on Fear

How the Quarter-Second Works

of our most popular articles

How the QUARTER-SECOND Works

Your brain is hard-wired with a survival mechanism—it’s called FEAR. Fear is what keeps your from petting poisonous snakes or taking a 35 mph on-ramp at 90mph. And it can make you grab a baseball bat when you hear an unfamiliar noise at night in the basement.

Unfortunately, this vital survival mechanism can be activated illogically, creating unnecessary anxiety and unwanted fear. Essentially, the very thing you count on for survival can also kill you—before you ever make it to the grave.

One of the most powerful among your “fear wires” is a tiny thread or elongated brain cell that runs directly from your thalamus to your amygdala and indirectly to your prefrontal neocortex.

Hang in there you only have to know three terms to understand this.

The thalamus is your brain’s window to the world, it receives sensory input from your eyes, ears and other sources and sends these messages to two places:

The amygdala gets messages from the thalamus first because it has a one-neuron, open freeway direct from the thalamus. It’s a survival mechanism that warns you of impending danger and prepares you to fight, flee or freeze.

The neocortext is farther away from your perception center so the messages come to it from the thalamus more slowly. When the neocortex gets a message, it doesn’t jump to an automatic reaction as does the amygdala. Instead, it analyzes and evaluates the message. It checks in with the amygdala, but it isn’t controlled by the amygdala’s sensitivity.

The amygdala only gets about 5 percent of the messages coming from the thalamus, the neocortex gets the other 95 percent. If it were the other way around you would probably go crazy from panic and fear.

The 5 percent going straight to the amygdala can unleash a powerful, but illogical chain reaction of fear that runs out of control. When this happens panic enters, reason goes out the door and the neocortex gets pummeled by negative thoughts.

There is a moment, a window of opportunity lasting a QUARTER SECOND when logic and reason can begin to take hold and prevent the amygdala from firing up and running amuck. The brain gives you enough time to expand your realm of possible explanations, change your perception of a situation and transform fear into something more constructive. 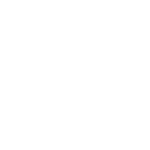