7 Insights Toward An Apology That Will Heal The Wound, Not Infect It

In an age of transparency and authenticity…

…we don’t expect our leaders to be perfect, we expect them to be real. No CEO can know it all, be it all or do it all. And, no leader is immune from making mistakes. In fact, truly great leaders become more human and more approachable in the eyes of employees when they own their shortcomings. Admitting a mistake and apologizing for it is a sign of strength and courage. Unfortunately, some leaders see “owning it” as a weakness that undermines their executive gravitas.

Yet, when leaders admit their mistakes it sends a message to the rest of the organization: “It’s okay to take initiative, be decisive, take risks and fail. If we are going to be agile, adaptive and accelerate innovation, we’re going to make mistakes.” It is a major step toward creating a culture of trust vs. fear. In a workplace where people don’t fear being ridiculed or punished great ideas rise to the surface and problems don’t get swept under the rug.

Leaders who master the art of the apology gain far more respect and credibility than those who attempt to avoid it. In July of 2009, Amazon remotely deleted (unauthorized) copies of the books 1984 and Animal Farm from users’ Kindles. Of course, the move had a “big brother-like” feel and left many customers angry. Here’s how Jeff Bezos responded to the onslaught of complaints:

This is an apology for the way we previously handled illegally sold copies of 1984 and other novels on Kindle. Our ‘solution’ to the problem was stupid, thoughtless and painfully out of line with our principles. It is wholly self-inflicted, and we deserve the criticism we’ve received. We will use the scar tissue from this painful mistake to help make better decisions going forward, ones that match our mission.

With deep apology to our customers,

Unfortunately, we see so little of this among business leaders, politicians and professional athletes today. Think about how many public relations disasters could be avoided if people just had the courage to say, “I screwed up, I’m sorry.” If you study Amazon’s epic 20-year run as a company its growth numbers have soared since 2010. We are convinced many were endeared to Amazon because of Bezos’ apology.

We’ve worked with Bruce Bochy, manager of the three-time World Champion San Francisco Giants for over 20 years. After a grueling game during their horrific 2017 season, Bochy’s conversation with Kevin went like this:

Freiberg: How are you doing?

Bochy: Outside of just managing the worst game of my entire career, I’m doin’ okay.

Bochy: I went against my gut and left [a pitcher] in too long, he gave up a run, and it cost us the game. I think Kim [Bochy] is standing by the window to make sure I don’t jump out.

Bochy’s wife, Kim, is as petite as they come. Bruce is 6’ 5” tall and weighs 240 pounds. Preventing him from taking that plunge would be like putting a Mini Cooper in front of a Mack truck. But that’s Bochy’s dry wit. He doesn’t take himself too seriously and can find humor even in the worst circumstances.

The next day Bochy met with his players, told them they deserved better and apologized: “You guys played great. That game was on me, fellas.” No excuses. No self-justification. Just an unconditional respect for his guys that caused him to acknowledge his blind spots and come clean about what he could’ve done better.

This type of leadership sets a tone and establishes an example for his players. Just last week, Bochy’s closer, Hunter Strickland, blew a two-run lead in the ninth inning giving the Giants a demoralizing five-four loss to the last-place Miami Marlins. Often hot-tempered, Strickland made time for the media and then took out his anger by punching a clubhouse door with his pitching hand, fracturing his pinky. Now, he’ll be out for six to eight weeks.

This is Bochy’s third player this year to join the Fractured Pinky Club. The first two being pitcher Madison Bumgarner and third baseman Evan Longoria. Given the critical nature of the closer’s role, and how difficult it is to fill this unique position, it is a devastating blow to the Giants. A remorseful Strickland posted this message on Instagram. 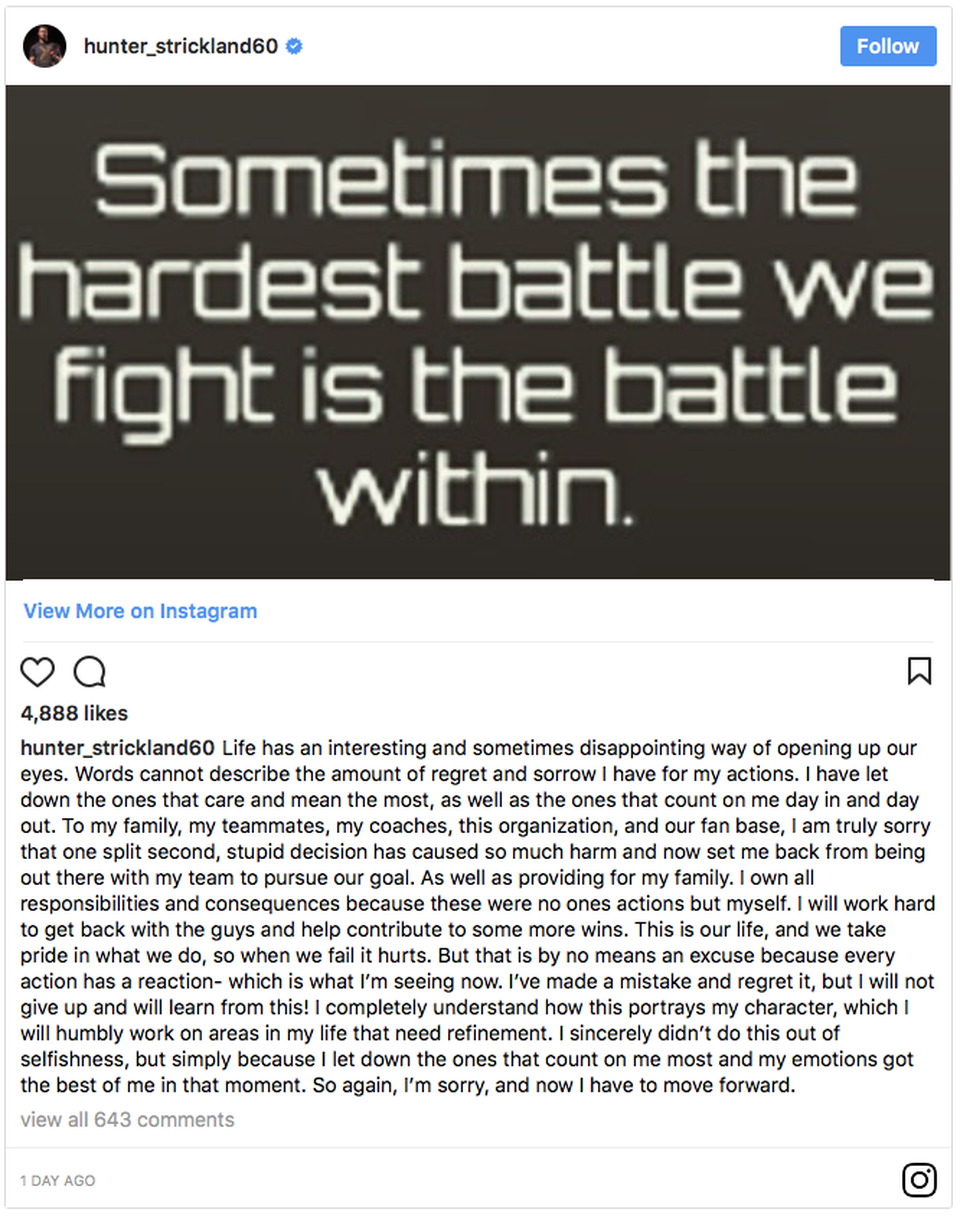 Strickland’s message is another example of what a good apology looks like. He took responsibility for his actions. He recognized the very people who were affected by what he did. He acknowledged the negative impact it would have on achieving their mutual goals. And, he agreed that he needed to change.

Earlier this year, United Airlines rescinded its move to replace quarterly bonuses for employees with a “lottery” system in which a limited number of employees would win bigger rewards (cash, cars, vacations) and a grand prize of $100,000. Under this new system, approximately 1.6% of United’s employees would win, leaving the rest of the eligible workforce with nothing to show for contributing to United’s success.

If you are optimistic, you might call it an innovative way to stimulate operational excellence. If you’re cynical, you probably see it as a poorly-veiled attempt to cut costs. Big prizes are sexy but asking employees to give up a guaranteed bonus for a lottery ticket is a big ask. When the program was announced it ignited a firestorm of bitterness and discontent among United’s workers.

United does not have a great track record of responding to these kinds of situations effectively, but in this case, the company’s president, Scott Kirby, embraced the art of the apology. He sent out a follow-up email to United’s 86,000 employees. Here’s what he said:

Since announcing our planned changes to the quarterly operations incentive program, we have listened carefully to the feedback and concerns you’ve expressed. Our intention was to introduce a better, more exciting program, but we misjudged how these changes would be received by many of you.

So, we are pressing the pause button on these changes to review your feedback and consider the right way to move ahead. We will be reaching out to work groups across the company, and the changes we make will better reflect your feedback.

Frankly, we think Kirby could’ve gone further in terms of deploying some of the strategies outlined below. Still, he put it out there, which was a critical first step in rebuilding trust with United’s workforce. 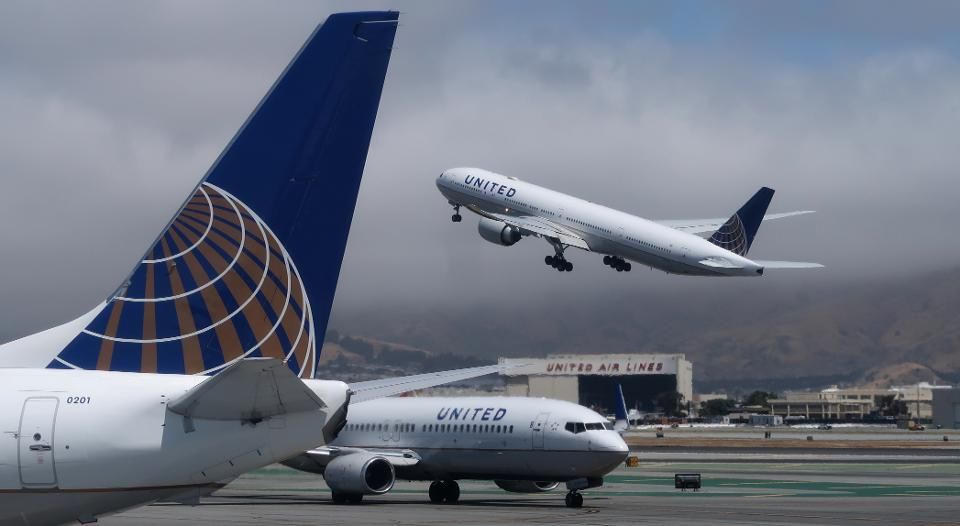 What is your goal in apologizing? It’s to heal a wound and mend a relationship, right? If you’ve offended a friend or loved-one you want to resolve the conflict and make it right with them. If it is a customer or employee group, you want to regain their loyalty, you want them to re-engage. An apology is about making people see that you are truly sorry for what you did and making them believe that you are committed to change. No one is saying this is easy.

It takes honesty, vulnerability, humility and courage to apologize well. Whether we portray it or not, most of us feel embarrassed when we screw up. So, it’s a natural reaction to try to hide the shame. We deploy any number of mechanisms to do this including, defensiveness, blame, denial, justification and scapegoating. The problem, of course, is that these responses are symptomatic of pride. Often interpreted as cowardly or indifferent, they diminish a leader’s strength and credibility. So, how do you avoid this trap?

1. Focus on impact, not the intent.

“That wasn’t my intent” doesn’t matter. “We didn’t mean to hurt our customers” speaks to your intentions. Look, we know your strategy team didn’t wake up and ask themselves, “Who can we piss off today?” So, we already know you didn’t intend to offend. We care less about your intent than we do your impact. A sincere apology simply acknowledges what you did and the impact it had on others. Think of it this way, did your behavior build, bruise or block a relationship? Did it disrespect or dehumanize people? Did it make life difficult or prevent someone from getting what they want?

If you intentionally cut a corner or instituted a policy that suited your organization well but betrayed the trust of your customers or employees, then, you better come clean about your intention and just own it as a bad choice. That’s what Scott Kirby did at United. Every leader makes mistakes. If they don’t, perhaps they aren’t thinking big enough or they are in denial. Screwing up is inevitable. The question is, can you admit it when you are wrong and fix it fast?

“We care less about your intent than we do your impact.

A sincere apology simply acknowledges what you did and the impact it had on others.”

Describe what you did wrong and demonstrate that you actually understand the consequences of your actions. No candy-coating the brutal truth. Then, show those who are offended that you have heard them and feel their pain: “Wow, if we would have taken the time to see it from your perspective or walk in your shoes we would’ve felt the same way.” Doing this effectively should elicit the response, “She gets it. He understands.”

There is a huge difference between saying, “I’m sorry I offended you” and “I’m sorry if you were offended.” The former is taking responsibility for the way you landed on someone. The latter essentially says, “What’s wrong with you?” It shifts the responsibility to the people you hurt, which only rubs salt in the wound.

Justification usually shows up in the form of an “if” or “but.” For example, “I apologize if my words offended you” has a different effect than, “My words were too harsh. I’m sorry I hurt you.” Surely, you’ve heard some version of, “I apologize for snapping at you, but earlier today this or that happened.” It incorporates an excuse which makes the apology feel half-assed. There is a difference between sincere remorse and an attempt to dilute your responsibility. Apologies are unconditional. Leave the “ifs” and “buts” out of saying, “I’m sorry.”

Genuinely thank people for calling you out: “Your feedback stings because it’s hard to deal with the fact the I/we caused you pain. But thank you for stepping up and speaking out. We needed to hear what you have to say.”

Many years ago, when our kids were little, Kevin was driving carpool and showed up late to pick up the neighbor’s children. It wasn’t the first time. After Kevin’s profuse apology, the children’s dad was rather matter-of-fact. He said, “Don’t be sorry; change.” That was a long time ago. His words had a lasting impact.

This is perhaps the most important point. It takes guts to call someone out. If people go to the emotional labor to do so, they want to know that there is a return on their investment, that they had a positive impact on your behavior.

What if by our very examples, we taught our kids the art of an effective apology, and that it’s not a weakness; it’s a strength? What if we raised up a new generation of leaders who could admit when they are wrong? Imagine what this could do for getting things done in our families, in businesses all over the globe and who knows, maybe even in Washington, D.C.

How do you handle it when you screw up?