Love is Inclusive....or is it?

Should Karen Pence Be Teaching At A School With Unfriendly L.G.B.T. Policies?

Is it the right question?

Does Karen Pence, the wife of the vice-president have a right to teach at a Christian school with L.G.B.T.—unfriendly policies? As a public figure and one who could potentially become FLOTUS, does it send the wrong message?

These seem to be the underlying questions posed by Matthew Haag in the New York Times.

We think there is a broader, more profound question: Do the policies in Immanuel Christian School’s “Articles of Employment,” and schools with policies like it, exemplify the leadership our country needs? Do they serve to create a culture that draws people closer to God? In a country that has become more divided and more uncivil, is this the kind of leadership that unites us? Do these policies actually reflect the life, persona and leadership of Jesus? 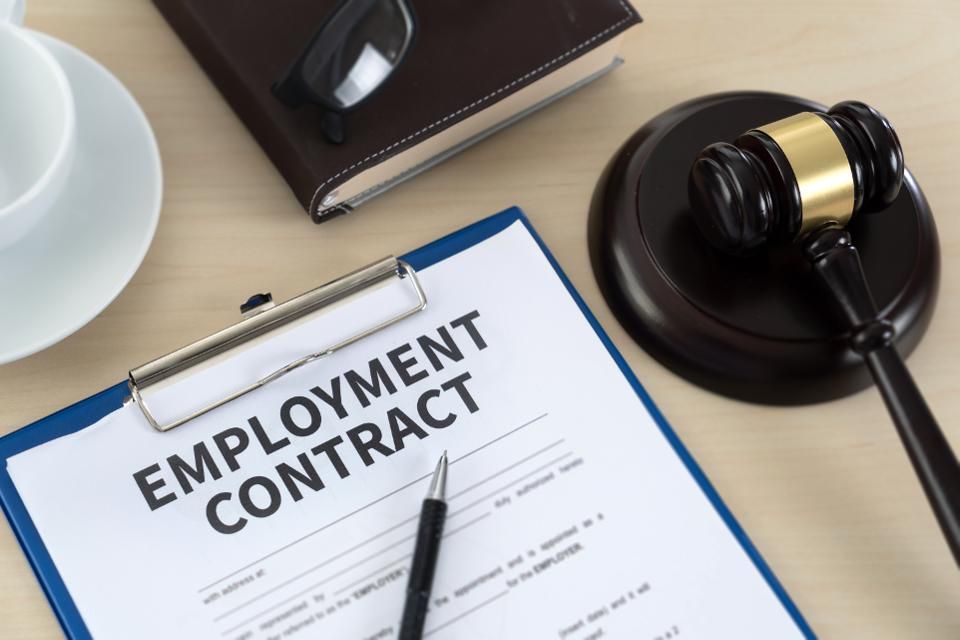 Religion is different from a relationship. Religion, pick your brand, is about establishing formulas, rules and systems that when followed, supposedly draw us closer to God and each other. However, this assumes that we are separated from God in the first place and need a bridge to cross the chasm to get “home.” Building the bridge is about keeping the rules. Keeping the rules is about getting others to obey them as well. After all, as Christians their salvation is in our hands, right? The better we follow the rules, in this case, agreeing to the L.G.B.T.—unfriendly imperatives in the school’s application by signing the pledge, the closer we get to God. Except we don’t. And, we don’t because rule-keeping does at least four things:

1. It makes us, not Jesus the focal point

It’s about what we do; not what Jesus has done. The result is pseudo-self-righteousness and a whole lot of posing, pretending and hiding because if we are honest, we suck at keeping the rules. To earn the favor of those who determine how good we are at following the rules, we perfect the art of the façade.

Rule-keeping performance is about trying to get “in” blinded by the fact that we are already in.

When we don’t match up to the socially-prescribed roles the “system” creates, guilt and shame put a choke-hold on us. These spiritual toxins produce fear and anxiety which cause us to do all kinds of damage to ourselves and others.

Ask anyone steeped in a legalistic framework, “How’s that working for you? Is it bringing you closer to God?” It isn’t. “Does it give you more peace and freedom?” It doesn’t. Ask anyone who knows someone who validates their worth through religious performance, “Do you want their life? Is it attractive?” You’re likely to get an emphatic “no.”

Ask anyone who knows someone who validates their worth through religious performance, “Do you want their life? Is it attractive?”

You’re likely to get an emphatic “no.”

If God is a legalistic bean counter in the sky, who tallies up how often we break the contract and who relishes in pointing an accusatory finger at us, who wants to follow a god like that?

3. It sets up an honor-and-shame-system

Legalism has a third kind of devastating effect. It sets up an honor-and-shame-system where holiness is achieved by heroic willpower and getting it right. The more disciplined you are, and the more you get it right, the holier you are. Then again, it is a counterfeit kind of holiness because it’s all about what you do; not what Jesus has done. It creates a facade, a form of holiness without the substance of it.

Individually, rule-keeping sets up scorekeeping. I validate my ability to keep the rules by comparing myself to others. Striving and grinding to get it right usually temps me to become self-righteous and smug because at least I can do it better than somebody else. But the social and ego payoff this produces is temporal at best because it doesn’t deliver. Moreover, it creates false self-esteem. Isn’t this why we keep striving to be holy? At least moral?

All of this runs in diametric opposition to relaxing into the presence of God and surrendering our willfulness. It is counterintuitive to letting go and emptying ourselves so that God can fill us with his strength and wisdom. “Holiness” in this respect is about communion, not contracts. It’s about surrendering our striving and grinding to the love of God, living loved in union with him, and letting his love flow through us, out on to others.

Whether we are talking about Christian schools, corporations or the government, if more leaders who professed to be Jesus followers got this, would our nation be more inclusive?

The fourth thing rule keeping does is foster debate and divisiveness among schools, churches and institutions that want to legislate Christian morality. Kevin grew up in a staunch Catholic family where he was told that the Catholic church was the one true church. Really? We don’t ever remember Jesus saying that.

Legalism establishes a competitive landscape where one faction, with its formula for getting back to God, justifies it’s “rightness” by showing you why the other factions and formulas are wrong or at least less effective. You end up with those who have the way the truth and the life and those who don’t—the “haves” and “have nots.”

Legalism then has less to do with helping people get free in Christ and more to do with validating a group by getting people to join it and accept the doctrines and principles espoused by it. The church that has the most attendees and the biggest altar call at the end of a service is more anointed than the one that doesn’t, right? Never mind that a large portion of the people who walk down the aisle to get “saved” do so out of guilt because they feel manipulated. Never mind that some segment of the people who sign documents stating they will abide by the school’s rules live secret lives in diametric opposition to those rules.

If legalism sucks, why the law?

If legalism has all these “abusive” effects, what is the law for? Is it to change God’s mind? That is, the more obedient and upright you are, the more he will love you? Sorry, God isn’t that fickle. The scriptures say he is fond of you and for you, period, end of the story, not because you are one way or the other. You can’t make God love you any more than he already does. He loves you because of who he is not who you are. That won’t change. He is the same, yesterday, today and forever.

The purpose of the law is to awaken you to your short-comings and to see that in them, God is already there loving you, accepting you, befriending you and healing you. When you recognize your inability to keep the rules, and simultaneously see that God’s grace for you has no constraints, the Kingdom of God has come.

What does this say about leadership?

If Jesus is anyone to go by, leadership distinguishes between love and approval. He may not approve of our politics or sexual orientation, but his love is inclusive, not alienating, and never failing. He doesn’t withhold his love to express disapproval. He doesn’t say “I will love you if you sign this application and live accordingly.” He loves without any strings attached.

Go back and read the text. Who did Jesus most often criticize? The prostitutes, tax collectors and uneducated fisherman? The L.B.G.T. community? No. Jesus most often got in the faces of the religious perfectionists—the smug Sadducees and Pharisees who pointed out the flaws in others to build themselves up. They multiplied the rules and in doing so, created their own form of “godliness.” Their man-made rules about how to live for God took their eyes off God. As they led others to do the same and then shamed them for not matching up, Jesus became irritated and impatient.

What got under Jesus’ skin were those who robbed the “poor in spirit” of the Good News because their egos had such an insatiable appetite for order and control. What broke his heart and made him angry was religious rule-keeping that drove people to deeper levels of anxiety and enslaved them. And ultimately, drove them away from God. 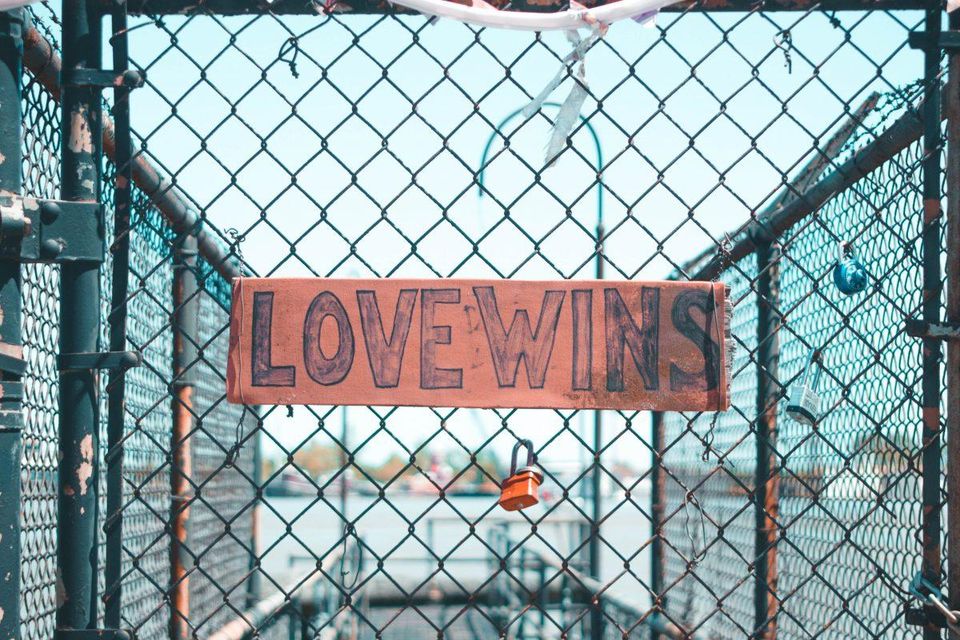 God created us for joy, to love and enjoy him forever and live exuberantly. He desires our love more than our duty and our hearts more than our behavior.

Jesus didn’t buy into the system because the system never transformed anyone. He lived a love that was unconditional and all-encompassing. He said everyone is included in his Kingdom.

What would happen if this kind of leadership informed our churches, schools and politics? Would there be less demonizing and more acceptance of others, even when we don’t agree? Would there be more collaboration and less stonewalling? Would our kids naturally gravitate to a way of living because love, acceptance and inclusivity; not legal documents (applications) compelled them to do so? Would we be more creative and accomplish more as a nation?

The mass exodus from the church suggests that the world has had it with being badgered about legalistic rule-keeping. People seem bored, sad, hurt, tired and burned out with religion that doesn’t work.

The same criticism can be levied at our policymakers. 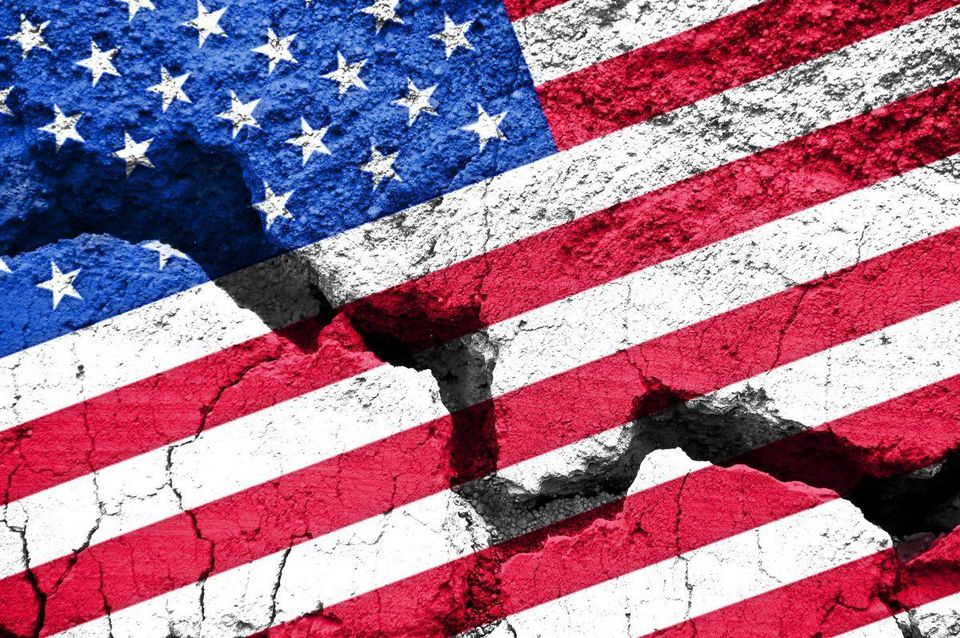 In the halls of Congress and the court of public opinion politicians childishly pole vault over mouse turds to gain an edge in vilifying the other side. Meanwhile, as our leaders perfect the art of in-fighting, countries such as China and India are poised to surge ahead of the United States on many fronts. We need to rethink what it means to lead.

Karen Pence has the right to teach wherever she wants to teach. We are grateful she is choosing to serve. However, if she or any other public figure wants to reunify our nation and make it great again, we think our leaders should focus on inspiring commitment and inclusion, not legislating compliance and exclusion.

For over two millennia this model of leadership has had a transformational effect on our world.

RISING OUT OF HARD TIMES